Jack Dongarra is the recipient of the 2021 ACM AM Turing Award for his contributions to efficient numerical algorithms for linear algebra operations, parallel computing programming mechanisms, and performance evaluation.

Considered to be the Nobel Prize of computing, the annual ACM AM Turing Award is worth $1 million and recognizes significant fundamental contributions to computing. Established in 1966, the award was named to honor Alan M. Turing and is the most prestigious of those made by the ACM (Association for Computing Machinery).

The citation in respect of Jack Dongarra reads

For his pioneering contributions to numerical algorithms and libraries that enabled high performance computational software to keep pace with exponential hardware improvements for over four decades.

Dongarra’s major contribution was in creating open-source software libraries and standards which employ linear algebra as an intermediate language and that can be used by a wide variety of applications in many areas of computational science including data analytics, healthcare, renewable energy, weather prediction, genomics, and economics.

For nearly forty years, Moore’s Law produced exponential growth in hardware performance. During that same time, while most software failed to keep pace with these hardware advances, high performance numerical software did, in large part due to Dongarra’s algorithms, optimization techniques, and production quality software implementations. Dongarra recognized that linear algebra operations could be designed and implemented in a largely hardware-independent way by choosing suitable abstractions and optimization methods. His innovations have been key to mapping linear algebra operations efficiency to complex computer architectures. 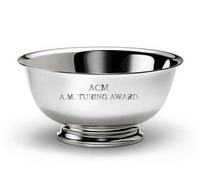