Practically everyone knows of Elon Musk — the tech entrepreneur who is the world’s richest person. But did you know he likes to tweet while sitting on the toilet?

A prolific user of Twitter, Musk’s most recent passion project has been his $44 billion acquisition of the microblogging platform.

But he said he’s not buying it to make money but to protect free speech.

“Free speech is the bedrock of a functioning democracy, and Twitter is the digital town square where matters vital to the future of humanity are debated,” he wrote in a statement to announce the deal.

“I also want to make Twitter better than ever by enhancing the product with new features, making the open source algorithms to increase trust, defeating the spambots, and authenticating all humans.”

According to Forbes real-time billionaires list, Musk’s net worth stood at $239.2 billion.

The billionaire also has his fingers in just about every pie, with multiple businesses from OpenAI, The Boring Company to Neuralink, while focusing on his long-term goal: colonising Mars to save humanity.

So, who is Elon Musk — and how did he get so rich?

TheCable looks into the life of the world’s richest man, who now owns Twitter Inc.

BORN RICH BUT BULLIED AT SCHOOL

Musk was born in 1971 in Pretoria, one of South Africa’s three capital cities. His father was an engineer who was once a half-owner of a Zambian emerald mine and his mother a model and dietitian.

His parents separated in 1980, and around this time, he developed an interest in computer programming. At age 12, he sold the code of a BASIC-based video game he called Blastar to a magazine for $500.

Despite his intellectual prowess and wealthy background, he was bullied throughout his childhood.

“They got my best friend to lure me out of hiding so they could beat me up. And that hurt,” Musk recounted.

“For some reason, they decided that I was it, and they were going to go after me nonstop. That’s what made growing up difficult. For a number of years, there was no respite. You get chased around by gangs at school who tried to beat the (expletive) out of me, and then I’d come home, and it would just be awful there as well.”

At 17, Musk obtained a Canadian passport (his mother was a citizen) and left South Africa to avoid supporting apartheid through compulsory military service.

He attended Queen’s University in Kingston, Ontario, and in 1992 transferred to the University of Pennsylvania, where he earned a bachelor’s degree in physics and economics in 1995.

DROPPED OUT OF PHD PROGRAM AT STANFORD UNIVERSITY

Musk was 24 years old when he moved to California to pursue a PhD in applied physics and materials science at Stanford University. But he dropped out of Stanford after two days, deciding instead to join the internet boom and launch a startup.

Before SpaceX in 2002 and Tesla in 2003, Musk founded Zip2 in 1995, a company that provided maps and business directories to online newspapers. In 1999, Zip2 was acquired by computer maker Compaq for $307 million.

The billionaire then co-founded an online financial services company, X.com, which later became PayPal after a merger with software company Confinity Inc. in 2000. 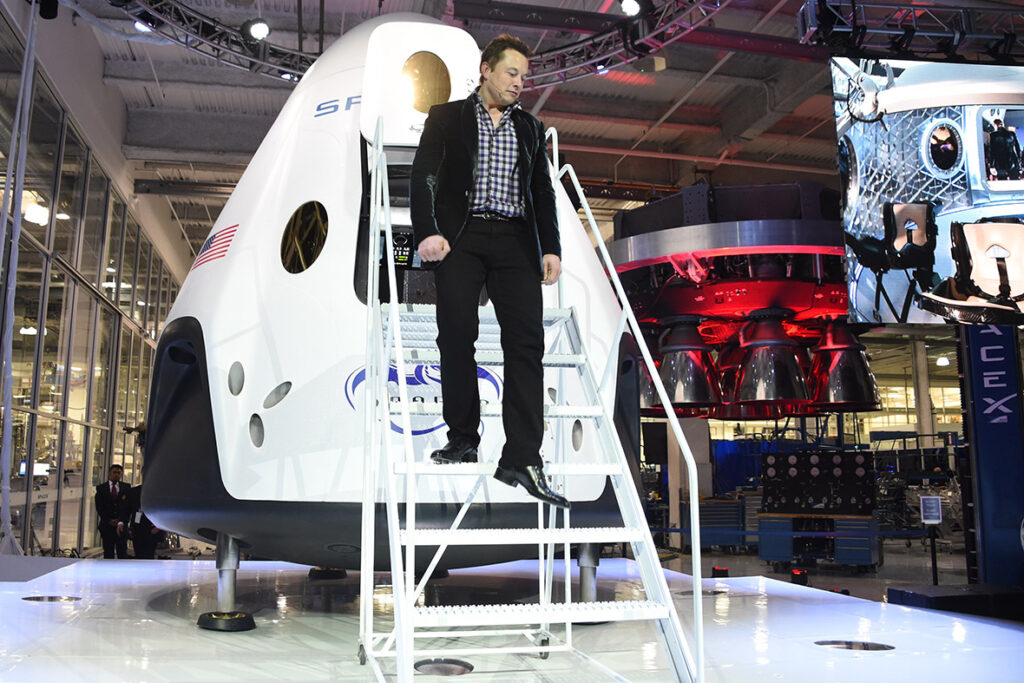 With recyclable rockets created by his company SpaceX, Musk hopes to propel humans into space to build settlements on Mars, the Red Planet.

Musk said that he does not want human beings to be limited to just Earth and that humans should be a “multi-planet species”.

“If there’s something terrible that happens on Earth, either made by humans or natural, we want to have, like, life insurance for life as a whole,” Musk said during a virtual March conference in 2020.

Musk identified himself as having Asperger’s syndrome.

Asperger’s syndrome is a mild form of autism spectrum disorder. People with Asperger’s are often known to have difficulty with social interaction but have normal or above normal intelligence.

It is estimated that nearly 40 million people are affected by the syndrome.

The billionaire is thrice-divorced (twice to the same woman). He has seven children.