During the recent premiere of the Meta Quest Gaming Showcase 2022, a number of Virtual Reality (VR) based games were shown.

While there are many games coming to the Meta Quest 2 and the VR platform in general, here is a list of some titles to watch out for as well as some of the history behind their development.

Based on the Walking Dead series which is set in the world of a zombie apocalypse, the first Walking Dead: Saints & Sinners set very high expectations for how first person VR shooters should behave.

With an engrossing story that sees the player assume the role of a roaming traveler in zombie-filled New Orleans streets, the player is tasked with surviving by crafting which, along with the physics-based gameplay, lends a real weight to each action and helps set it apart from other VR shooters even today.

The Walking Dead: Saints & Sinners – Chapter 2 is set after the first game and, from early trailers and showcases, it also inherits many of the traits that made the first game stand out from the sea of ​​VR shooters. 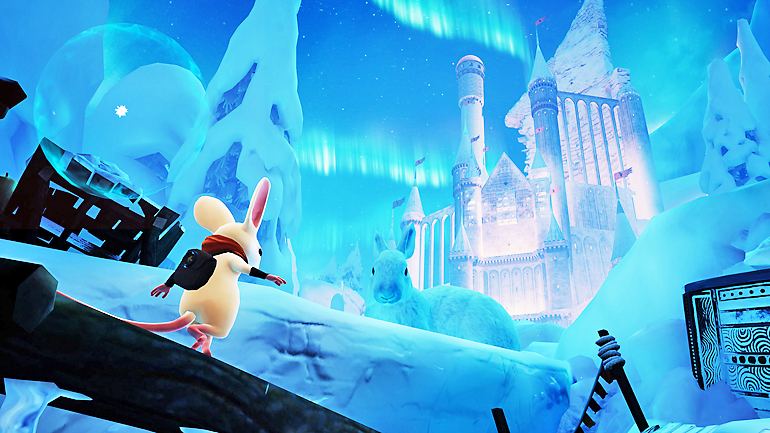 AMONG US VR
Among Us has impacted the world of gaming as well as everyday conversation with its social deduction gameplay, where a small set of players are tasked to covertly kill the majority of the other players, while the others attempt to deduce the identities of the killers.

Now, Among Us has a VR port developed by Schell Games, the same developer that made espionage-inspired VR game I Expect You to Die.

Though not much was shown in the reveal trailer, with the Among Us’ pedigree of being a great party and social game to play, Among Us VR is one of the many upcoming titles that will certainly be on many wishlists, as the transition of playing From an overhead perspective to being right in the world through the eyes of the crew mates will surely bring a fresh new take to the already established experience of the original game.

RED MATTER 2
The first Red Matter game set a precedent for players’ expectations when it comes to visual fidelity on a platform such as the Oculus Quest, and now Meta Quest 2.

While Red Matter features an elaborate puzzles set in an outer space setting, what set it apart from the rest of the VR games at the time of its release was its realism in terms of visuals. Where other games had very low quality textures and environmental effects, Red Matter pushed the boundaries in terms of creating an environment that is filled with not only high fidelity textures, but also lighting and visual effects that rival those found on modern day high-powered PCs.

The reveal of Red Matter 2 seems to indicate that it takes both the puzzles as well as the immersive visual fidelity of the first game and improves them further, which is one of the many reasons to look forward to the eventual release sometime this summer.

How Espire 1 innovated on this idea is the use of remote controlled humanoid drones which players control through the use of VR.

This meant that VR itself is a storytelling platform and not a limitation in the game, as it officially takes place in a holographic deck that is around the same size as the boundary of the player’s VR play space.

Furthermore, the infiltration aspect of the game meant that players were placed in situations where they would have to use stealth to make their way through the various complexes of the research center in finding various intel which, coupled with a ‘metroidvania’ map layout, resulted in players trekking through the environment while fully utilizing their drone’s gadgets that range from silent pistols to pocket cameras.

Espire 2 is set to be a sequel both in gameplay as well as story, as it was announced to be taking place after the first game, with Espire 2 Now sporting a co-operative mode where players can come together to tackle challenges, which also serves to bridge the gap between the two games.

MOSS BOOK II
Among the myriad of sequels announced during the gaming showcase, Moss Book II is definitely one of the many highlights.

Having been released on PlayStation VR earlier this year where it was well-received, Moss Book II is slated for release sometime later this year on other VR platforms.

Being a platformer, the first Moss Book was integral in setting the expectation of how to use VR to its fullest in playing such genre of games.

Gone are the days where the lack of depth perception results in mistimed jumps, thanks to the ability to move around in addition to the way players tower over the world surrounding them.

The latter feature also makes it seem like one is looking at a very elaborate and detailed diorama. Moss Book II inherits these traits and more as it introduces more gameplay mechanics while keeping its charm and art-style.

This charm also extends to the main protagonist that the player controls – a small mouse by the name of Quill that, for the most part, communicates with the player using gestures that if players take a closer look at, is actually American Sign Language, which represents one of the many nods to accessible gameplay design.

This, along with its easy to grasp gameplay with environmental elements that requires players to reach out to interact with, makes Moss Book II an easy recommendation and one for the wishlist of those looking for an engaging platformer in VR.