Tutorial to install the latest version of Apache NetBeans for Debian 11 Bullseye Linux using the command terminal to start writing your code.

NetBeans is a development environment written entirely in Java for the programming language developed in Java, languages ​​such as C, C++, and Fortran are also supported. The architecture of the software is completely modular and can be expanded using so-called modules or plugins. In addition, there are so-called packs, which expand the IDE with larger function packages. Furthermore, NetBeans can be used as a platform for your own applications. Numerous developments and functions from NetBeans were later adopted by other IDEs, eg B. by Eclipse. The main focus in the development of NetBeans was on functions that make developers more productive and support them in the technologies that they actually use. The goal is an IDE “from a single source”. For programming, you also need Java SDK here.

Here are some features:

• Open source & free to download and use on Windows, Mac, and Linux.
• With NetBeans, you have integrated two server environments with GlassFish and Apache Tomcat.
• Support Plugins to extend functions
• Developers can use various programming languages, such as B. Ruby, Rails, Java, JavaScript, PHP, HTML5, CSS, and Grails, which are available.
• Drag & drop support
• NetBeans’ interface is easy to use, and it’s more organized and clearer.

How to install NetBeans IDE on Debian 11 Bullseye

The steps are given here to download and set up NetBeans on Debian 11 Linux will be the same for other similar distros such as Ubuntu, Linux Mint, POP OS, Elementary OS, MX Linux…

Start by running the system update command to refresh the repository cache and install the available updates for the system.

To install the NetBeans Integrated Development environment on our Debian 11, we need the pre-installed Java. Hence, before going further let’s first install the default version of the OpenJDK available through the base repository of Debian Bullseye.

Packages to install NetBeans IDE are not available through the Debian Bullseye repository, therefore, we cannot get it directly using the APT package manager. Hence, visit the Apache NetBeans official website.

Click on the Download button and then on the link of the script that is available for Linux.

This will open another page, click on the link given there, to download the NetBeans installation script. And save it as a file when you receive a pop-up for the same from the browser. 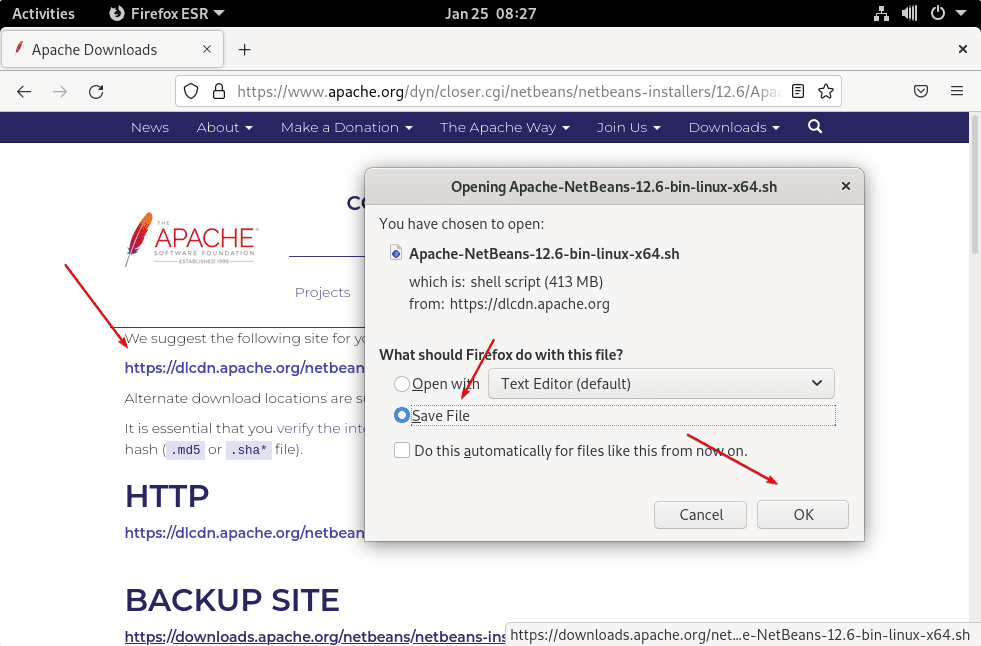 Once the downloading of the file is completed, open your command terminal. And switch to the Downloads directory because whatever we get from the browser by default goes into that.

Look that script is there or not:

The script will launch a Graphical installer wizard, follow that. 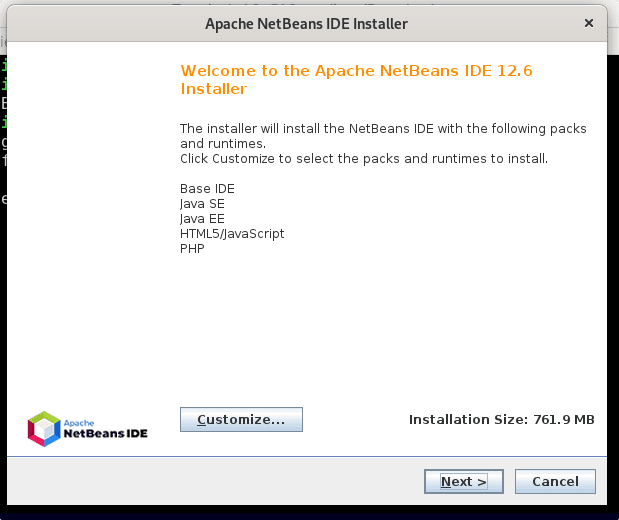 Leave the default directories as they are, if you don’t want to install the NetBeans at some specific path or folder. 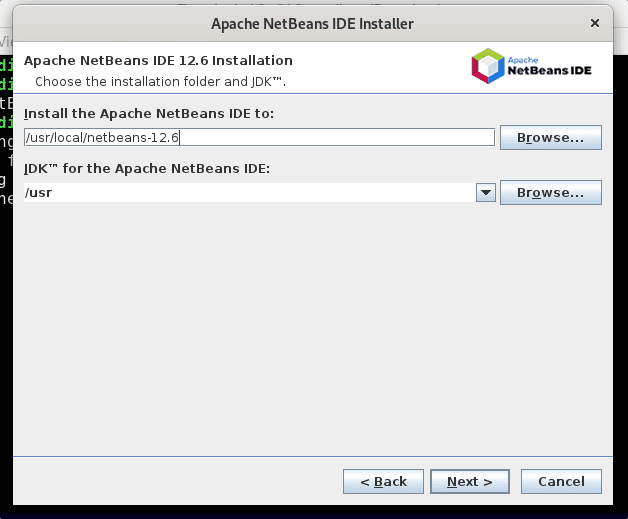 Once the installation is done, go to the Application launcher, and there find this IDE. As its icon appears, click to run the same. 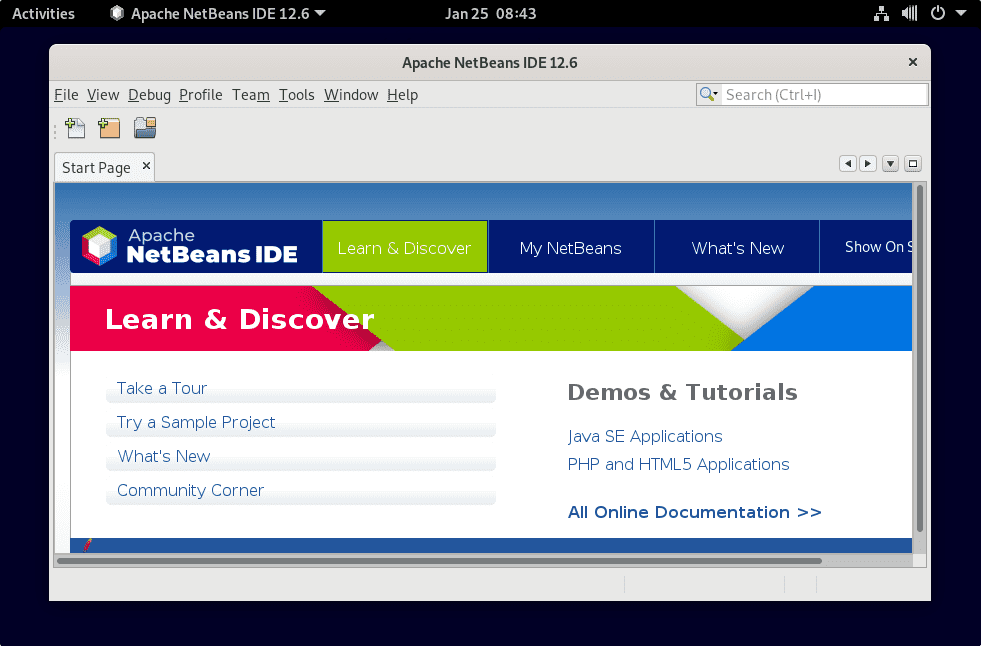 7. How to update NetBeans for the latest version

As we have not installed this Apache Integrated environment using the system repository; hence, we cannot use the system’s APT package manager command. Therefore, every time you want to install the latest available updates for NetBeans, run the application-> click on the -> Help and then select “Check for Updates. 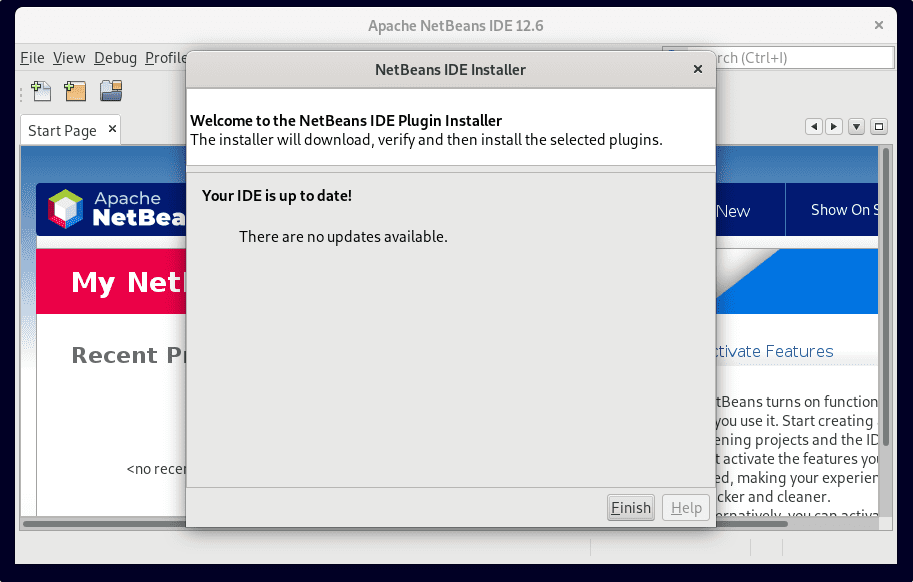 Those who are not interested in this open-source integrated environment anymore can remove it using the script available inside the directory where it has been installed.

By Default, it is under /usr/local/netbeans-* 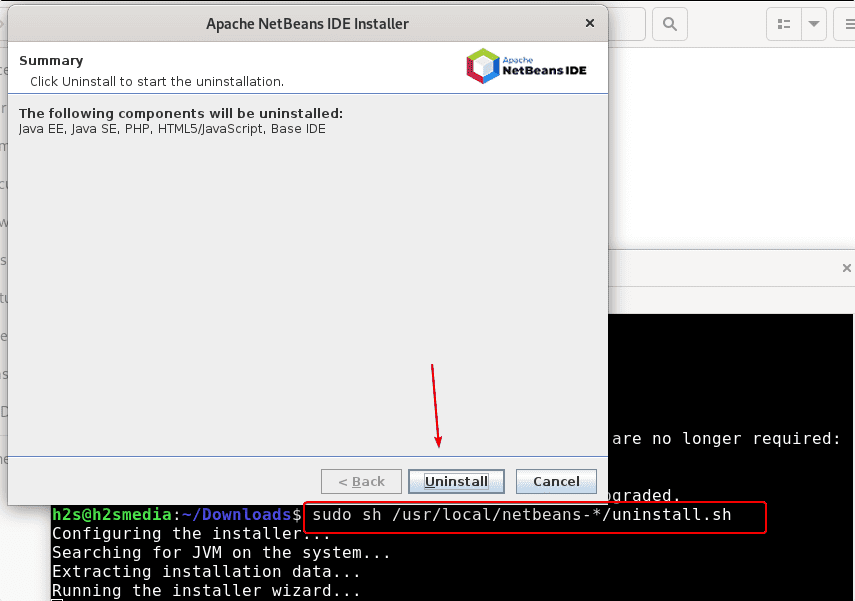 In this way, we can install and uninstall NetBeans IDE from Debian 11 Bullseye and other similar Linux systems using the command terminal. If you are facing any problem, then let us know- the comment section is all yours…