The Hydro, a seven-story mixed-use building in Manchester, will soon be home to a bike shop, an aerial dance studio and an ad firm. (Mike Platania photo)

As it welcomes residential tenants, a recently-completed Manchester apartment building has also filled out its commercial space.

Following the deals, the entirety of the Hydro’s roughly 5,300 square feet of commercial space is spoken for. The mixed-use project is from WVS Cos. and Fountainhead Real Estate Development, which began planning the 226-unit building in 2019.

Riverside Cycling, Host of Sparrows and Four Deep are taking 1,200, 2,000 and 2,100 square feet, respectively. One South Commercial’s Lory Markham had the listing on the commercial space.

For Riverside Cycling, the additional space will allow the business to expand its offerings. Since launching in early 2020, Riverside Cycling has operated out of Riverside Outfitters’ Stratford Hills headquarters, offering bicycle rentals, tours and lessons. 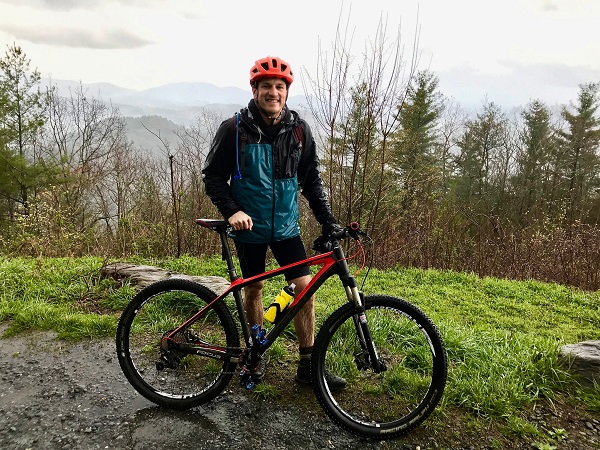 Owner Max Pendergraph said shacking up with Riverside Outfitters was a great way to get the business established but lugging his fleet of around 40 bikes in and out of the shop every day took a toll on him.

“I’ve benefited in a lot of ways from that direct relationship (with Riverside Outfitters),” Pendergraph said. “But the other side of it is that I’ve outgrown the space. I’ve basically run an outdoor bike shop for two years. I wanted a more formal retail spot.”

He added that despite the similar names, Riverside Cycling is not formally affiliated with Riverside Outfitters and that he’s the sole owner of the cycling business.

In addition to being a home base for the rental and tour part of the business, Pendergraph said the extra space at Hydro will allow him to turn Riverside Cycling into a full-service bike shop, complete with a repair department and retail area.

“There’s no bike shop in Manchester, so I’m looking forward to serving the neighborhood,” Pendergraph said. “I think the location is really great for me with access to the Virginia Capital Trail, direct access to city mountain bike trails without having to ride on city streets, and future access to the Richmond-to-Petersburg trail.”

Terrain360, a digital imaging and mapping company that’s been sharing space with Riverside Cycling in Stratford Hills, will continue to do so in the Hydro, Pendergraph said.

The other fitness-related tenant heading to the Hydro is Host of Sparrows. When founder Heather Bailey and her staff of about 10 aren’t providing classes on aerial silks, acrobatic dance and other circus arts, they’re performing their own routines at events around town. 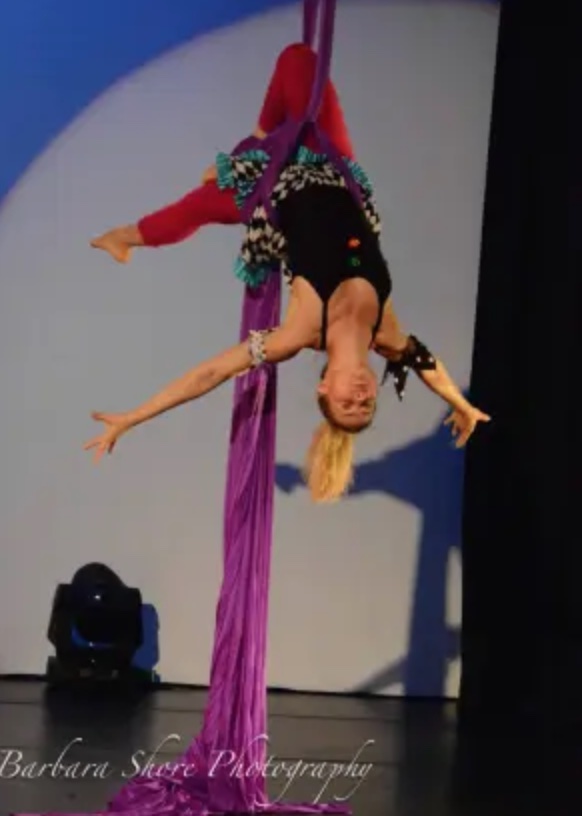 Bailey founded the business in 2017 after about six years under the wing of local performing arts nonprofit Dogtown Dance Theater.

Prior to the pandemic, Bailey said, she and the circus would perform locally nearly every weekend at everything from corporate events to farmers markets. While the booking of those events has been gradually ramping back up, Bailey said the classes at Host of Sparrows have remained wildly popular with a lengthy waitlist.

The move will more than double Host of Sparrows’ current space of 900 square feet at Plant Zero. The need for additional space, as well as Plant Zero’s coming redevelopment, motivated Bailey and Host of Sparrows to move.

“We can only do four people in a class at a time, and we’ll be able to more than double that,” Bailey said. “And we’ll be hanging (from) 20 feet, which is ideal for what we do.”

It’ll also be a move within the neighborhood for Four Deep, which has been at the Manchester Pie Factory building on Hull Street since 2017 after a stint in the Fan. 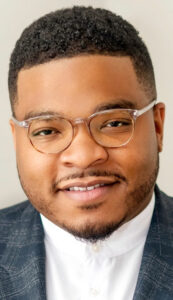 JT Logan founded Four Deep in 2011 while he was still a student at VCU. He describes Four Deep as a full-range multimedia company, offering digital marketing, web and app development and commercial and print media services. It recently signed on to be the agency of record for Virginia Union University.

Logan said he and his staff of 14 needed more space but didn’t want to leave Manchester.

“It’s a great neighborhood. We moved back to Manchester right when the construction really started to happen,” he said. “Now we have bars and restaurants and all these different apartments — everything but a grocery store. We want to stay here.”

With the forthcoming Hydro office as well as a DC-area outpost, Logan said the firm has come a long way from when he first started Four Deep.

“My first office was in a client’s closet while I was at VCU. It was legit a closet and they put a door up for me. And I was like, ‘Man, I made it,’” Logan said, laughing. “I was good with the closet. But this is a whole different vibe.”

Riverside Cycling is looking to open in late summer, while Host of Sparrows and Four Deep are looking to move in June.