I don’t know about you, but I’m constantly looking for the “next big thing” in the stock market. And I think synthetic biology might just be it.

Forget buying an index fund and making 7% a year or buying Coca-Cola (NYSE:KO) stock and collecting a 3% dividend. I’m looking for the next Apple (NASDAQ:AAPL), the next Amazon (NASDAQ:AMZN) and the next Netflix (NASDAQ:NFLX).

Why? If you invested just $10,000 into any of those world-changing stocks back in their early days, you’d have MILLIONS today. Forget the Iraq War, the housing crash, the European debt crisis. Forget the pandemic and the Russia-Ukraine war. Through it all, you’d have millions today. 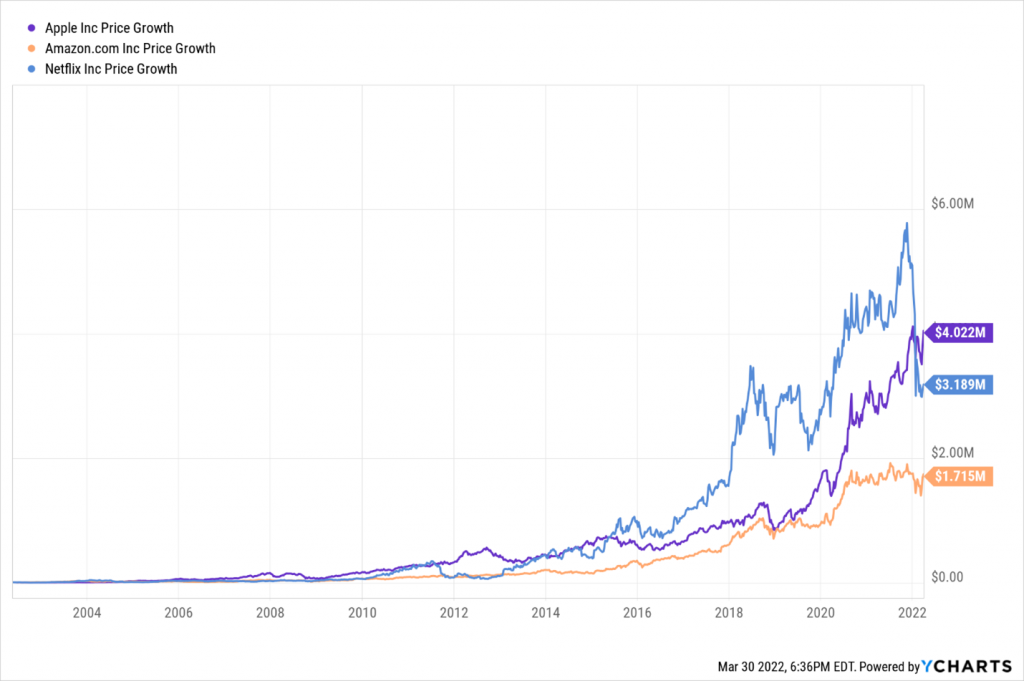 I don’t invest to preserve wealth. I invested create wealth. And the best way to do that in the stock market is to buy the “next big thing” before it goes mainstream.

Well, I think I just found it.

Specifically, I’ve identified one tiny, $5 stock that I think could be the next Microsoft (NASDAQ:MSFT). It’s an early stage company that was founded by some of the smartest people on the planet. And its ground-breaking technology could fundamentally reshape society over the next few years.

It may be the most promising tech startup in the world today. And, yet, virtually no one is talking about this stock.

The opportunity, folks, is both enormous and urgent. That’s why I’m going to tell you a little bit about this “next big thing” today.

The Computing Revolution Reshaped the World

The world has changed a lot over the past 40 years. And most of those changes have revolved around one important innovation: the computer.

And so the Computing Revolution went mainstream.

It’s no coincidence that all of today’s trillion-dollar companies are, in some way, computing enterprises.

Microsoft makes computers; so does Apple. Facebook builds applications for use on computers, as does Alphabet (NASDAQ:GOOG). Nvidia (NASDAQ:NVDA) makes chips for computers; Intel (NASDAQ:INTC) does, too. Unsurprisingly, those stocks have all turned their early investors into millionaires.

But alas, why am I telling you all of this?

Because, today, we’re on the cusp of another technological revolution that could be as big as the computing revolution — if not bigger.

Synthetic Biology Will Change the World Over the Next 50 Years

In many ways, the new technological revolution I’m talking about is the Computing Revolution 2.0.

That’s because it’s basically the computing revolution of the past 40 years but applied to living things as opposed to computers.

I know. It sounds crazy. But scientifically speaking, it’s entirely plausible. More than that, it is happening right now as you read this.

Recall Biology 101. Structurally speaking, a biological cell is just like a computer. It’s a very powerful machine that runs on “code.” The only difference is that the code of a computer is in ones and zeros. The “code” of a bio cell is in Gs, Cs, As and Ts – or the four nucleobases in the nucleic acid of DNA. 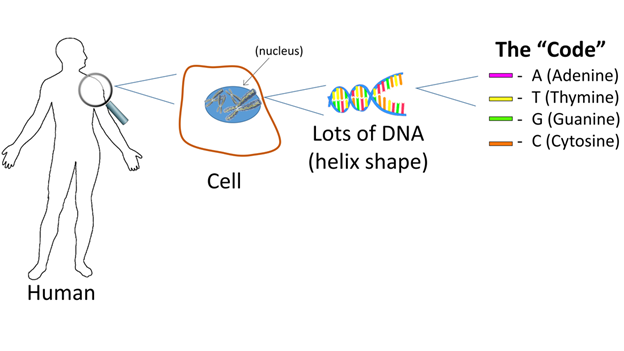 Indeed, we can “code” living things in much the same way we “code” inanimate objects like phones, computers and cars.

That’s what synthetic biology is all about: Programming cells like we program computers by changing the DNA code inside of them.

I probably don’t need to state this, but I will just to be abundantly clear. The emerging field of synthetic biology has world-changing potential.

Think about that. If you thought the computing revolution changed the world, you haven’t seen anything yet…

Indeed, synthetic biology may be the solution to the myriad of problems the world is facing today!

Take, for example, soaring gas prices. They are a byproduct of American and European reliance on Russian oil. Such a dependence could be solved with synthetic biology. By employing advanced synthetic biology techniques to manipulate the code of oil and natural gas in the US, we could make it far more effective and plentiful. And with these next-gen fossil fuels, we could eliminate our reliance on foreign oil and gas.

Or how about those soaring grocery prices? That, too, is a byproduct of American and European reliance on Russian wheat. Again, synthetic biology could solve that reliance. We could employ advanced synbio techniques to improve domestic wheat yields and boost domestic production. Then we’d make enough wheat stateside to end the need for imported Russian wheat. Problem solved!

The list goes on and on. Not only can — and will — synthetic biology change the world, but it has the potential to solve most current problems!

Why Is Synthetic Biology Taking Off Now?

Before I get around to tell you about that stock, let me first state that synthetic biology is not a new concept.

But for years and years, it has been just that — a concept.

That’s because rewriting the code of life, as you can imagine, is quite complex. The human body is a wonder. It is infinitely more complex than a computer. Each human has a different “code.” And each living specimen — plant, insect, fish — has a different “code” than humans.

In short, the universe of synthetic biology is magnitudes more infinite and complex than that of classical computing. So, while we’ve made huge advancements in programming computers over the past 40 years, we’ve made little progress programming bio cells.

Recent advancements in AI have sped up the DNA sequencing process. And innovations in classical computing technologies have improved the accuracy of DNA synthesis and printing. This combination has enabled synthetic biology to work in the real world for the first time ever.

So begins the Synthetic Biology Revolutionalso known as the biggest technological paradigm shift since the advent of the computer.

As I said earlier, the opportunity in this emerging industry is both enormous and urgent.

And at the dead-center of this fast-moving, multi-trillion-dollar technological revolution is one tiny $5 stock with infinite potential.

It’s a company that was founded by the most pioneering experts in this field. And it’s backed by some of the biggest and most successful venture capital firms of all time.

The company has developed a unique and groundbreaking technology that deals directly with the AI ​​mechanisms that power this entire revolution.

This tech, frankly, is unrivaled. And the company is actively using it to change the world via many partnerships with big food and pharma companies.

This company, folks, is the “next big thing.” It is the Microsoft of the Synthetic Biology Revolution.

Mark my words. This is a stock you need to hear about.

Fortunately, it’s a stock I also want to tell you about today.

Find out more about This potentially life-changing stock — and the world-changing technological revolution that it’s pioneering.

On the date of publication, Luke Lango did not have (either directly or indirectly) any positions in the securities mentioned in this article.