Virtual and augmented reality are technologies most often associated with gaming. But more recently, they’ve been used in the realm of marketing to transform the consumer experience in new and profound ways. From IKEA using AR to transpose furniture into your actual living room to organizing branded experiences in the metaverse using VR, the potential for these technologies is significant.

Amid all of the excitement and hype, there isn’t a clear understanding of how these technologies impact consumers. How does each shape the experience, and can the two be used in tandem? Research led by Tim Hilken of Maastricht University in The Netherlands aimed to find out.

Studying the Different Effects of Virtual and Augmented Reality

In Study 1, 300 participants were recruited online to view and interact with a website of a new cafe. They were divided into three groups.

AR held the advantage when it came to driving purchasing behavior

Source: Photo by Tobias via UnSplash

All groups were able to interact with these products via a mouse and touchpad. Participants were asked about their purchase intentions and the development of their mental imagery during the experience.

The results suggest that both AR and VR increased customers’ purchase intentions compared to the control group. Consistent with the researchers’ hypothesis, when compared to head-to-head, AR was more effective in stimulating purchases than VR by generating more fluent mental imagery of the products. 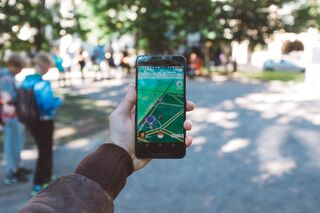 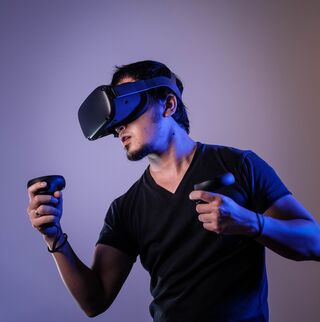 This was mediated because it created more fluent mental imagery about the overall retailscape, which is crucial for building brand representations.

In the final study, the researchers sought out whether there may be an optimal combination for AR and VR during the same consumer experience. The researchers enlisted 353 participants and the experiment had two phases: one in which participants browsed the items on the menu either with AR or VR, and one in which they explored the cafe — again, either with a VR headset or with AR technology.

The results suggest an optimal sequence: Consumers using AR to decide what to buy demonstrated an increased purchase intention, while utilizing VR to explore the retail space positively impacted the brand image.

While there’s much excitement about the application of VR and AR to experiential marketing, a few studies to date explored the unique benefits of each and how they may be optimally applied in tandem during the same consumer experience. Both appear to drive consumer behavior in different ways.

Overall, the results of this investigation suggest a very nuanced account of these technologies: While AR is best suited for driving purchase intentions during the browsing experience, AR is much better at positively influencing the brand image. The results also suggest that utilizing both technologies in a specific sequence (AR first, followed by VR) can boost both marketing objectives, providing the best of both worlds.

This post originally appeared on the consumer psychology blog PopNeuro.