A METAVERSE without smells would be like living in black and white – and even the bad ones like body odour and farts have an important place.

That’s according to a sensory scientist who’s pushing the boundaries of virtual reality to a whole new level.

VR and the metaverse has largely focused on sight, sound and touch, but taste and smell is often forgotten, mainly because it’s so complex to achieve.

But a company called OVR Technology has come up with a way to bring odour to the virtual world that could eventually lead the way into the metaverse as well.

And for a truly multi-sensory experience, it shouldn’t just be all the wonderful smells like roses or food, but the nasty ones we tend to avoid in the real world.

“For me, living in the world of scent, all smells are interesting even bad smells and they have their function,” OVR Technology boss Aaron Wisniewski told The Sun. 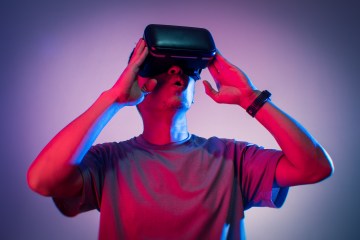 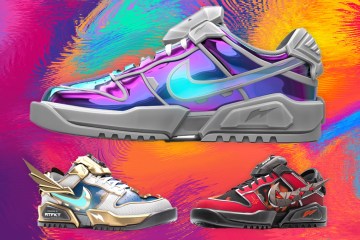 “They all have a part – smells are human.

“Of course, fart smell, you could prank someone.

For example, his team has worked with a researcher on a progamme called Brave Mind which uses smell to assist war veterans with PTSD.

Alongside VR, it uses awful smells like blood, poo, urine, burning hair and smoke to help them in their recovery.

“All these horrible smells are memory triggers, you can use them in a therapeutic setting,” he said.

“We’re just scratching the surface about what can be done with this technology.”

But he doesn’t believe the metaverse will just be about recreating existing smells, new ones will be invented too.

“We get to reinvent what smell is, what’s the smell of outer space and lasers and monsters and all these interesting things,” he continued.

“So we’re not shying away from the bad smells but what we are doing is figuring out what smells can we create and who can we work with to create measurable positive impact.”

Among the more pleasant odours the four year-old firm has developed are mindfulness experiences, allowing users to select from nature environments like a waterfall or a beach where they can reach out for scent orbs.

The clever technology works with a cartridge that is plugged into the front of the VR headset and releases tiny scented particles as you approach the relevant virtual object using invisible geometry.

So if you go up to a rose, you’ll start to get a whiff of it – and the closer you bring it to yourself the stronger the smell gets.

Wisniewski – a self-confessed “mad scientist” who’s long worked on everything to do with smell – said odour is key to the metaverse because it has a massive subconscious influence over memory, emotions and motivations.

“I think a lot of the folks who lost their sense of smell during Covid can attest to, ‘oh wow, it really is important’,” he said.

“And a lot of people who did lose their sense of smell describe it as like being detached from reality, like black and white or behind a sheet of glass.

“I would hate for the metaverse to be akin to that feeling, collective digital anosmia.”

Looking for tips and hacks for your phone? Want to find those secret features within social media apps? We have you covered…

We pay for your stories! Do you have a story for The Sun Online Tech & Science team? Email us at tech@the-sun.co.uk